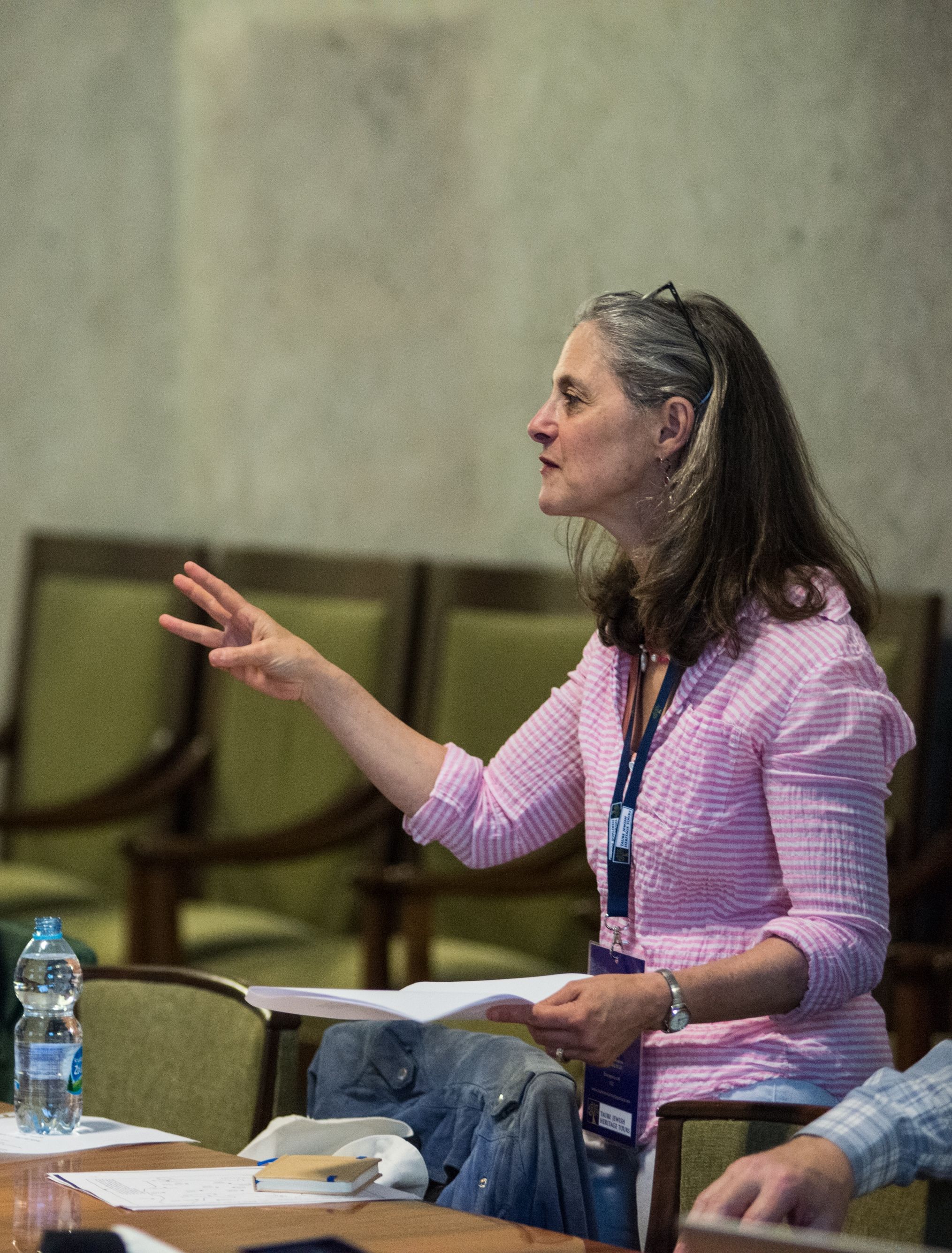 Nancy Sinkoff is Associate Professor of Jewish Studies and History and Director of the Center for European Studies at Rutgers, The State University of New Jersey. Her fields of interest include early modern and modern Jewish history, East European Jewish intellectual history both in the Polish heartland and in its diasporic settlements, the Enlightenment, politics, and gender.

Her most recent publications include Out of the Shtetl: Making Jews Modern in the Polish Borderland (2004), “Yidishkayt and the Making of Lucy S. Dawidowicz,” the introduction to Dawidowicz, From That Place and Time, 1938-1947: A Memoir (2008); “Lucy S. Dawidowicz,” American National Biography, http://www.anb.org/articles/16/16-03574.html; “Sefer Ḥeshbon ha-Nefesh,” Enzyklopädie jüdischer Geschichte und Kultur, vol. 5, (Stuttgart/Weimar: Metzler). From Left to Right: Lucy S. Dawidowicz, the New York Intellectuals, and the Politics of Jewish History, is under contract with Wayne State University Press and her co-edited volume, Sara Levy’s World: Gender, Judaism, and the Bach Tradition in Enlightenment Berlin is forthcoming (Eastman Studies in Music Series, University of Rochester Press, summer 2018).
Professor Sinkoff is a recipient of fellowships from the Mellon Foundation, the IIE Fulbright Association, the American Council of Learned Societies, the National Foundation for Jewish Culture, the Center for Advanced Judaic Studies at the University of Pennsylvania, Yale University’s Beinecke Library, the Frankel Center at the University of Michigan, the American Jewish Archives in Cincinnati, and the USC Shoah Foundation. In 2016-2017, she was the Elizabeth J. Dilworth Fellow in Historical Studies at the Institute for Advanced Study, Princeton, NJ.
Beyond her activities within the scholarly sphere, Sinkoff has long devoted herself to bringing ideas and information to the public. She became engaged with public history first as a researcher for WNET-Channel 13’s series “Civilization and the Jews” and for the Lower East Side Historic Conservancy, preparing sites for a historical walking tour. Sinkoff has been a consultant for the “Encounters with Modernity” gallery in Polin: Museum of the History of Polish Jews. With Dr. Rebecca Cypess, she organized the symposium and public concert, “Sara Levy’s World: Music, Gender, and Judaism in Enlightenment Berlin,” in September, 2014, which garnered a NJ Council for the Humanities and a DAAD grant. Sinkoff's work has been featured on radio, including “Beyond the Pale: The Progressive Jewish Radio Hour,” WBAI New York and “Shalom USA,” and “Benjamin Franklin’s Influence on Mussar,” AM-WVIE Baltimore, and entered the blogosphere with a post, "What’s a Friend to Do?" Review of “Hannah Arendt,” for Lilith Magazine.