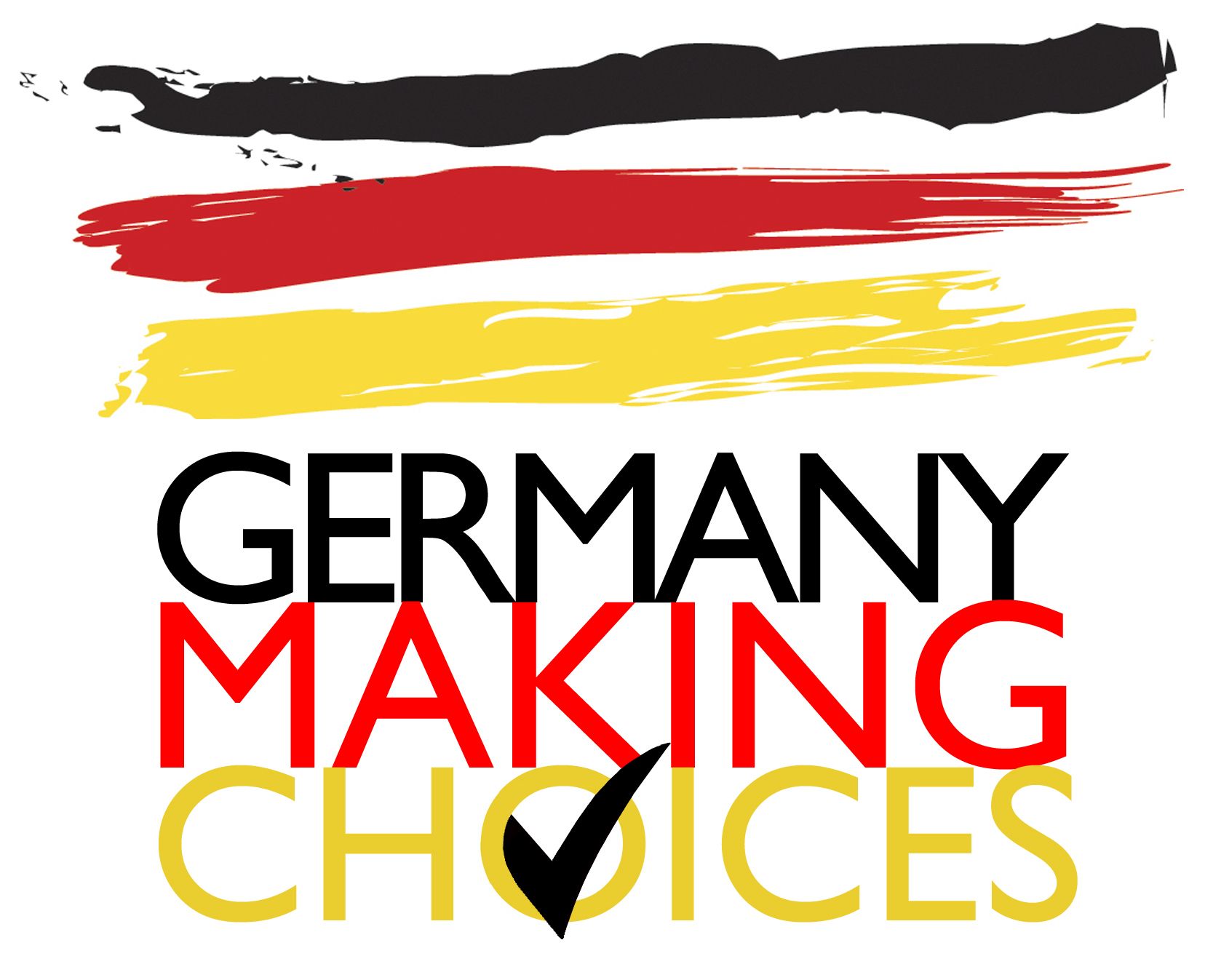 The Center for European Studies has received a grant from the Embassy of the Federal Republic of Germany for a seventh Campus Week set of activities.

This year's theme is Germany Making Choices, a reference to the September 24 German elections, one of a string of consequential elections set in motion in 2016 by the UK's surprise vote to exit the European Union.

First event:  All are invited to an election debate between the Rutgers Association of International Relations and the Rutgers University Debate Union on Tuesday, September 19 at 7:00 PM in the new academic building, West Wing Third Floor Lounge. See below for further information. 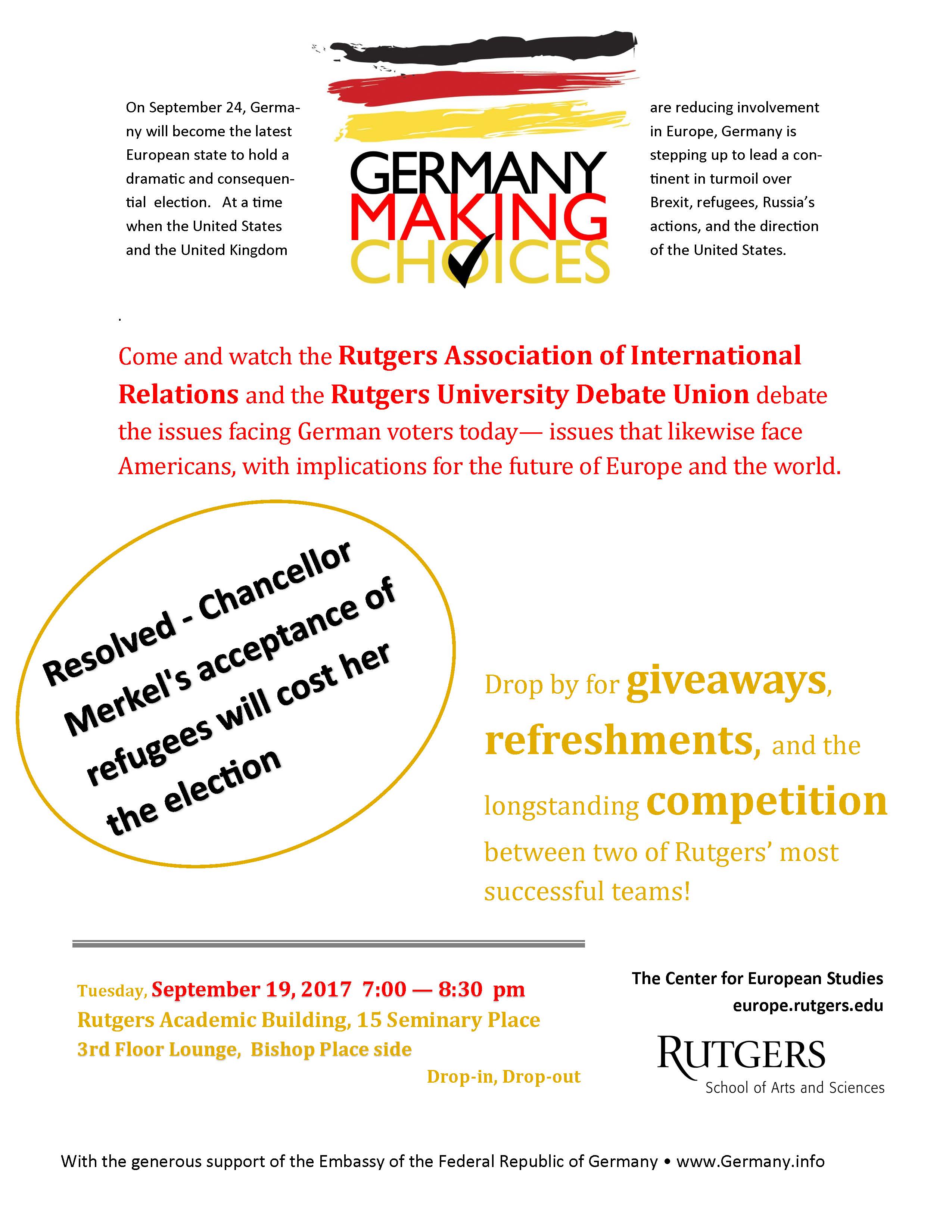 Unanswered Questions as a Choice

Refugees, Immigrants, and Migrants in Germany and Beyond
All are welcome 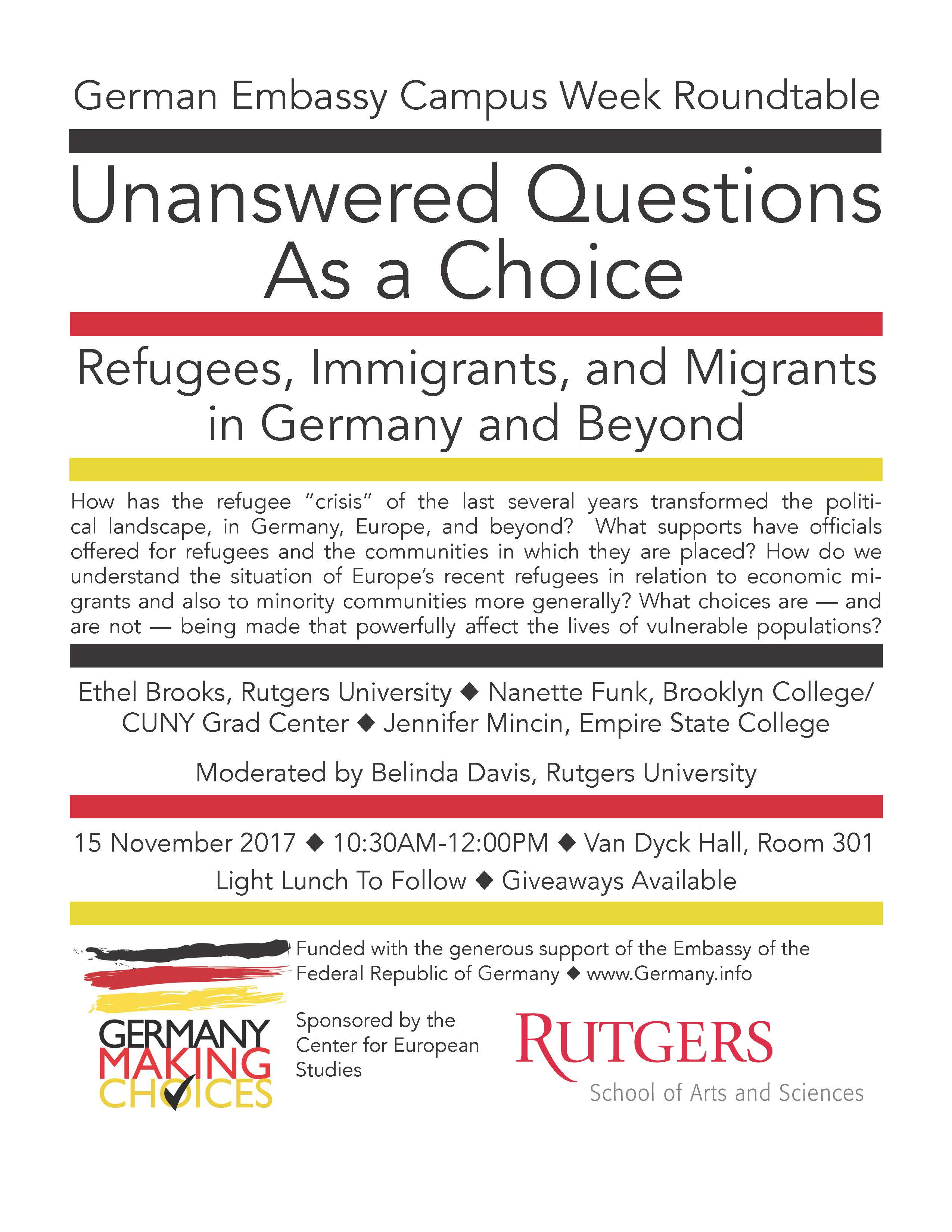