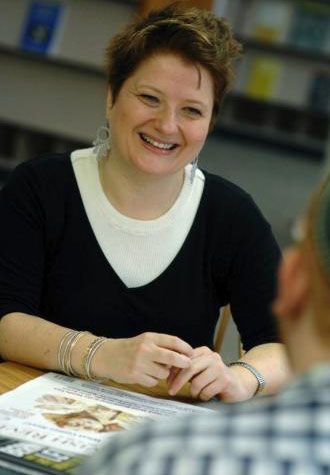 Natalia Aleksiun is Associate Professor of Modern Jewish History at Touro College, Graduate School of Jewish Studies, New York. She studied East European and Jewish history in Poland, where she received her first doctoral degree in history at Warsaw University, with a dissertation that resulted in her first book, Where to? The Zionist Movement in Poland, 1944-1950. She received her second doctoral degree in Jewish studies at New York University.

Dr. Aleksiun has been a fellow at the Institute of Contemporary History in Munich, Germany, the Herbert D. Katz Center for Advanced Judaic Studies, University of Pennsylvania, a Senior Fellow at the Vienna Wiesenthal Institute for Holocaust Studies, Vienna, and a Yad Hanadiv Postdoctoral Fellow in Israel, among others. She has published widely in Yad Vashem Studies, Polish Review, Dapim, East European Jewish Affairs, Studies in Contemporary Jewry, Polin, and Gal Ed, as well as other scholarly journals. Her book, Conscious History: Polish Jewish Historians before the Holocaust is forthcoming (Littman Library of Jewish Civilization) in 2018. She co-edited two volumes of Polin, (v. 20, devoted to the memory of the Holocaust, and v. 29, on Jewish historiography in Eastern Europe). Dr. Aleksiun is currently working on a book about the so-called cadaver affair at European universities in the 1920s and 1930s and on a project dealing with daily lives of Jews in hiding in Galicia during the Holocaust.